You are here: Home1 / Frontpage Article2 / Hague-what? Understanding the Hague Convention and Apostille

Legal terms and processes present a unique paradox. They are arguably some of the most important things you will need to understand completely and are—at the same time—some of the most difficult to understand. The term Apostille is surely a term that you will hear if you are dealing with documentation across international borders. In an effort to dispel any confusion around the topic, we decided to take a minute to provide a full understanding of the term and its common usage.

The term “Apostille” is used to reference a type of authentication issued for documents for use in countries that participated in the Hague Convention of 1961. The Hague Convention Abolishing the Requirement of Legalisation for Foreign Public Document—commonly referred to as the Hague Convention, Apostille Convention or Apostille treaty, specifies the method in which a document can be certified for legal purposes in all the other signatory state. It is often compared to notarization. In the case that a document is being exchanged between two countries who signed the convention, an apostille sufficiently certifies the validity of a document and removes the requirement for double certification.

Who can affix an Apostille?

Much like a notarized document requires a certified notary to legally and properly complete the process of notarization, an apostille must be affixed by a person referred to as a competent authority who has been designated by the government of a state which is part of the convention. Designated authorities might be an embassy, ministry, court or local government. In the United States, the Secretary of State is typically used as the competent authority. The Hague keeps a complete list of who is considered a designated authority for each member country.

Any document that requires the validation or certification of authenticity may require an apostille.

Canada is not a member of the Hague Convention and so, the mechanizations of apostille are not applicable to Canadian documents. If an apostille has been mistakenly placed on a document and submitted for authentication in Canada, a new (clean) version of the document must be obtained prior to submitting to a Canadian Embassy or Consulate.  For countries who have NOT participated in the Hague Convention, the document in question must be certified by the foreign ministry of the home government or state in which the document will be used and the government or state from which the document originated. This effectively means that certification must happen twice for it to have a full legal effect.

Legalization Service Center has been helping people through the process of legal and timely authentication and legalization of documents leaving and coming to Canada for years. If you have questions about a document or need help completing the process, don’t hesitate to contact us.

Coping with Document Authentication and Legalization in Life After the Pandemic

What You Should Know About Document Apostille in Canada 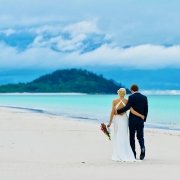 Why do you need a Marriage Search Certificate?

How to authenticate Canadian documents

Understanding document authentication: a primer on the what and why of auth...
Scroll to top

This site uses cookies. By continuing to browse the site, you are agreeing to our use of cookies.

We may request cookies to be set on your device. We use cookies to let us know when you visit our websites, how you interact with us, to enrich your user experience, and to customize your relationship with our website.

Click on the different category headings to find out more. You can also change some of your preferences. Note that blocking some types of cookies may impact your experience on our websites and the services we are able to offer.

These cookies are strictly necessary to provide you with services available through our website and to use some of its features.

Because these cookies are strictly necessary to deliver the website, refuseing them will have impact how our site functions. You always can block or delete cookies by changing your browser settings and force blocking all cookies on this website. But this will always prompt you to accept/refuse cookies when revisiting our site.

We fully respect if you want to refuse cookies but to avoid asking you again and again kindly allow us to store a cookie for that. You are free to opt out any time or opt in for other cookies to get a better experience. If you refuse cookies we will remove all set cookies in our domain.

We provide you with a list of stored cookies on your computer in our domain so you can check what we stored. Due to security reasons we are not able to show or modify cookies from other domains. You can check these in your browser security settings.

These cookies collect information that is used either in aggregate form to help us understand how our website is being used or how effective our marketing campaigns are, or to help us customize our website and application for you in order to enhance your experience.

If you do not want that we track your visit to our site you can disable tracking in your browser here:

We also use different external services like Google Webfonts, Google Maps, and external Video providers. Since these providers may collect personal data like your IP address we allow you to block them here. Please be aware that this might heavily reduce the functionality and appearance of our site. Changes will take effect once you reload the page.

The following cookies are also needed - You can choose if you want to allow them: